The Forum Dental Practice in Gainsborough, near Doncaster in Lincolnshire, has been built with patients in mind. The practice aims to create memorable experiences for all patients and it was that focus which the team had in mind when building the clinic. With a professional team, state-of-the-art-technology and a range of treatment options, The Forum Practice is the place to go for dental and orthodontic work.

To Forum embrace clinical development, with innovation and technological progression. The team intend to make treatment affordable for all patients, offering competitive fees and payment plans with the support of Denplan. A new patient examination costs £60 at The Forum. Treatment provided under the NHS is available for a smaller number of patients who qualify under IOTN criteria. 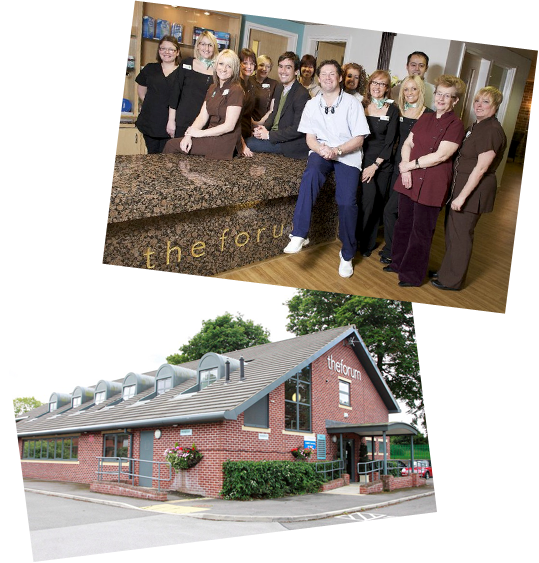 Dr Keith Jackson is the specialist orthodontist and practice owner. He studied general dentistry at Newcastle University where he graduated in 1985.

He continued his education at Charles Clifford Dental Hospital, before attending Doncaster Royal Infirmary and, finally, the Birmingham Dental Hospital.

Following four years of postgraduate study, Dr. Jackson became a Fellow of the Royal College of Physicians and Surgeons of Glasgow.

In 1996, Dr. Jackson set up a referral-based orthodontic practice which is something he had always wanted to do, given his passion for orthodontics. He was accepted on to the Specialist Register for Orthodontics five years later and has completed a year-long course in cosmetic dentistry in London.

In 2008, Dr Jackson completed the build of The Forum, a £1.2m custom-built dental practice which delivers a wide range of high quality dental treatments.

Outside of work Dr Jackson loves to watch his native Ireland in the rugby and, when time allows, to play golf.