Our Orthodontic Centres have been established since 1999 and are now known as Infinity Smiles. We are proud of our specialist orthodontic services provision for the Scottish Health Board areas of Ayrshire and Arran, Greater Glasgow and Clyde, and Lanarkshire.

Our practices are situated in East Kilbride, Hamilton, Queenspark, Jordanhill, Kilmarnock, Greenock and Cumbernauld. All of our practices cater for both NHS and private orthodontics for children and adults. We have various cosmetic brace treatment available which include invisalign, metal braces and clear braces.

On your 1st visit to one of our practices you will be seen by a specialist orthodontist or another practitioner who will advise you on what type of orthodontic treatment will suit your needs. 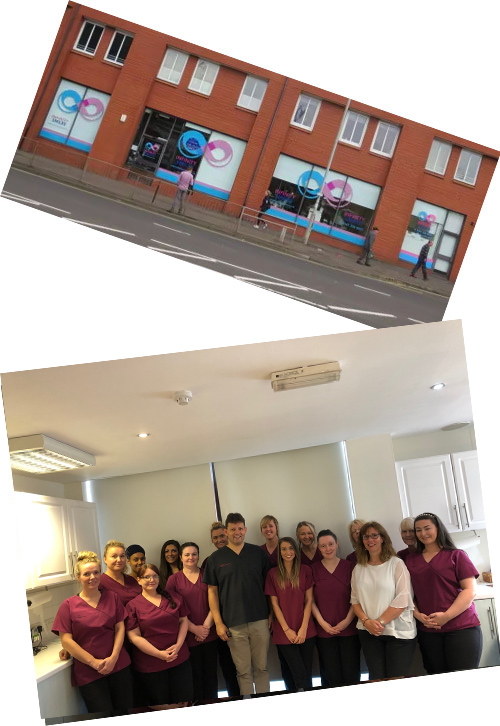 George was born and schooled in Glasgow, going on to study Dentistry at Edinburgh University. Post-Graduation, he enlisted for a short service commission as a Captain in the British Army. This was followed by various posts in oral and maxillofacial surgery in which he completed his fellowship of the Royal College of Surgeons in Glasgow.

George then spent 3 years as the Registrar in Orthodontics at the prestigious Guy’s Hospital in London and obtained his MSc. He also obtained his MOrth in Orthodontics from the Royal College of Surgeons in Edinburgh. George worked as a consultant in Orthodontics in one of the hospitals near London for a year before opening a new practice in East Kilbride, Scotland in 1999.

The business then expanded acquiring six more practices including:

To date George has trained (including currently in training) 11 orthodontic therapists giving them the opportunity to develop their academic skills and career.

George continues to support registrars who are training to become Orthodontists during regular training sessions held at Guys Hospital, London including new patient clinics for patients sent from London and the South East.

George is an examiner for the Royal College of Surgeons Edinburgh.

The team are proud to note that we have achieved the Gold award by the British Dental Association BDA Good Practice throughout a 10-year period. This is a quality assurance programme that confirms our ongoing commitment of good practice to our patients. We have previously obtained our Investors In People Accreditation four times.

George and the team have a passion for providing discreet braces to patients in Glasgow and the surrounding area.