The Orthodontic Studio in Rotherham has a patient-centric philosophy. The small, but highly qualified and experienced team, always put their patients first, taking the time to understand the needs and concerns of each individual receiving orthodontic treatment. The team are experts when it comes to treating patients for orthodontic problems, but they also pride themselves on treating people well too.

The Orthodontic Studio encourages patients of all ages to consider having orthodontic treatment and cater for children and adults. Treatments available include Invisalign aligners, Incognito lingual braces, and Damon self-ligating braces. These orthodontic treatment options are some of the most discreet options available, so not only do they achieve great results, they don’t interfere with a patient’s lifestyle.

In addition to the range of orthodontic treatments available at The Orthodontic Studio, patients can benefit from cosmetic dentistry, including tooth whitening, facial rejuvenation, wrinkle reduction and dermal fillers. Costs for both orthodontic and cosmetic treatments are outlined on the practice website, though every patient will receive a bespoke treatment plan and quote prior to starting treatment. 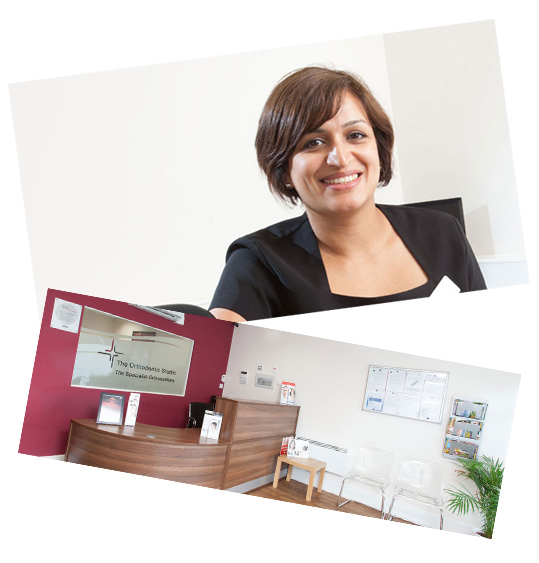 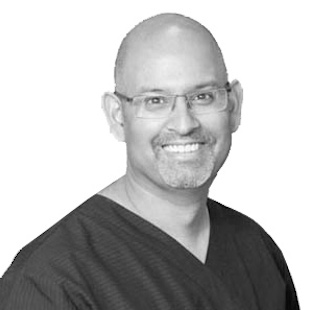 Naresh is married to Anshu and they live in West Bridgford with their two young children.

He enjoys tending his well-planned and cared for vegetable plot and loves the idea of nurturing seeds into productive plants, which bring healthy foods to the tables of his friends and family. I have it on good authority that his favourite children’s TV characters were Bill and Ben. Go Google them you youngsters.

Outside work Naresh likes to read and run, but not at the same time. He also enjoys relaxing with a well-crafted beer to replace those calories he lost while exercising. Looking forward, he’d like to climb El Capitan with his wife and children. Gosh, hard cheese kids.

Naresh qualified in dentistry in 1998 following a background in physiology and completed his vocational training in Derbyshire. His initial work was in Nottingham as a community dental officer looking after children and adults with additional needs.

After that Naresh trained in hospitals for a number of years as a senior house officer in maxillofacial surgery in Nottingham, Derby and Coventry. Specialised training to become an orthodontist began in 2001 at QMC Nottingham and Sheffield University leading to qualification in 2004. During this time Naresh also completed a Master’s degree in Orthodontics at Sheffield University. He then gained a consultant training post at Portsmouth Hospital where he enjoyed direct training under the care of some of the most respected and recognised senior consultants in the UK and internationally. Following his consultant qualification in 2006, Naresh has undertaken further training in various units nationally at Manchester Children’s Hospital and Great Ormond Street, and internationally in Milan and Toronto. He took the opportunity to learn the language and now speaks fluent Canadian.

Naresh has been the lead regional consultant orthodontist for both the West and the East Midlands cleft lip and palate services. He was appointed as an honorary lecturer at Bristol University and Birmingham University and has lectured both nationally and internationally. In addition, Naresh is a a long-standing invited national and international examiner for the Royal college of Surgeons of Edinburgh and is an active member of the BDA, British Orthodontic Society, American Association of Orthodontists, and also the World Federation of Orthodontists. So don’t start an argument about orthodontics with Naresh… 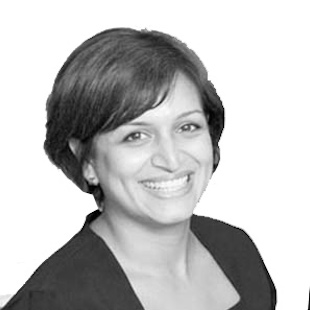 Anshu is married to Naresh but is an ardent feminist so keeps her maiden name, and we can confirm she wears the trousers at home. She always wanted to be a marine biologist and is an advanced PADI qualified scuba diver. Her aspiration remains to go cage fishing with great white sharks. Just now, though, she enjoys yoga, reading, travelling and socialising.

Anshu qualified from the University of Sheffield in 1998, went on to vocational training in Nottinghamshire where she met Naresh and then worked as a junior doctor in oral and maxillofacial surgery at United Lincolnshire Hospital Trust. Anshu then moved down to London to work at the prestigious Eastman Dental Institute and also Great Ormond Street. She ended up moving back to Sheffield to train as an orthodontist and qualified as such in 2006. Since then Anshu has been working in specialist practice and opened her first clinic with Naresh in 2010. She even wore a brace herself at the age of 33 so clearly practices what she preaches.

Anshu is a qualified Invisalign clinician as well as a facial aesthetics practitioner. She has been on the OSG committee at the BOS since 2007 and has been meetings secretary for the OSG since 2014. In addition, she is a regular speaker at the BDA FD Careers Day, advising young dentists on career pathways in dentistry.